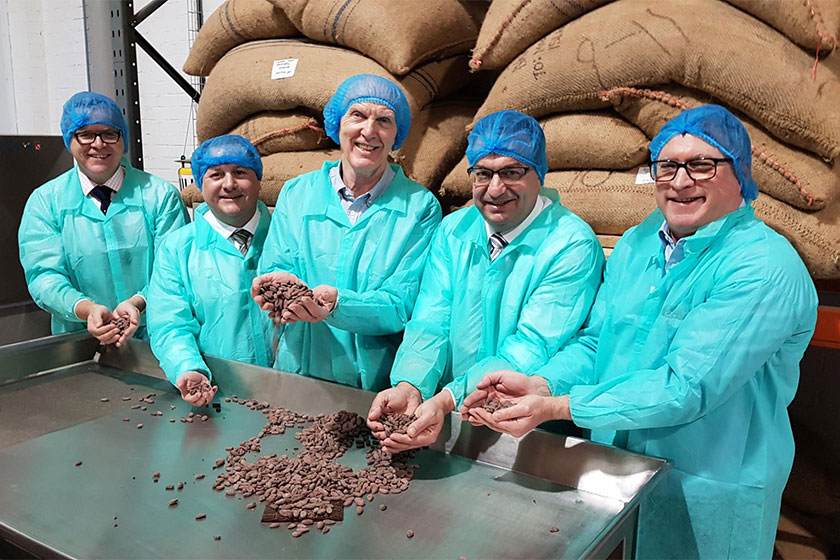 Foresight completed a £950k investment into premium chocolate maker Firetree Chocolate Ltd (“Firetree”) as part of a £1.2 million funding round in late January. Firetree was set up in 2017 as a bespoke high-end chocolate manufacturer. It has been successful in securing several prominent B2B supply contracts in the ‘super premium’ chocolate market, as well as securing two lucrative private label contracts. Firetree’s ambition is to develop its own brand of super premium chocolate as a way of maximising shareholder value and returns.

Commenting on MEIF’s investment, David Zulman, Managing Director, Firetree, said: “Firetree Chocolate is delighted to have Foresight come on board at this important phase in its growth cycle. Since the first chocolate poured off the line in early 2018, Firetree has collected an impressive list of B2B customers in both the UK and abroad. The product is well proven and well accepted. Its high quality and exceptional taste, manufactured from rare volcanic cocoa beans in its state of the art artisanal factory, sets it up to be well placed to launch its own consumer super-premium chocolate brand.”

As part of the deal, Firetree will be opening an additional office in Stamford, a move which will increase office capacity, and create eight new jobs for the area. The investment from MEIF will be used to expand the sales and marketing team to further boost sales.

Reflecting on two investments into Lincolnshire, Ray Harris, Principal, Foresight Group, commented: “We are pleased to have been able to deploy this substantial funding into two great businesses in Lincolnshire and understand the impact these investments can have on the local economy such as creating new jobs for the area and attracting talent.”

Russell Copley, GLLEP representative said: “I am delighted that the growth ambitions and drive of these two Lincolnshire businesses have been recognised and supported with these investments.  Greater Lincolnshire is home to some fantastic businesses and we hope that these are just the first of a number of investments that the MEIF will be making across the area.”

Grant Peggie, Director, at the British Business Bank, added: “With the support of the Midlands Engine Investment Fund and Foresight, it’s good to see that small growing businesses across the Midlands are benefiting from the fund, generating economic growth and creating new job opportunities.

Advisers on the Firetree deal included: