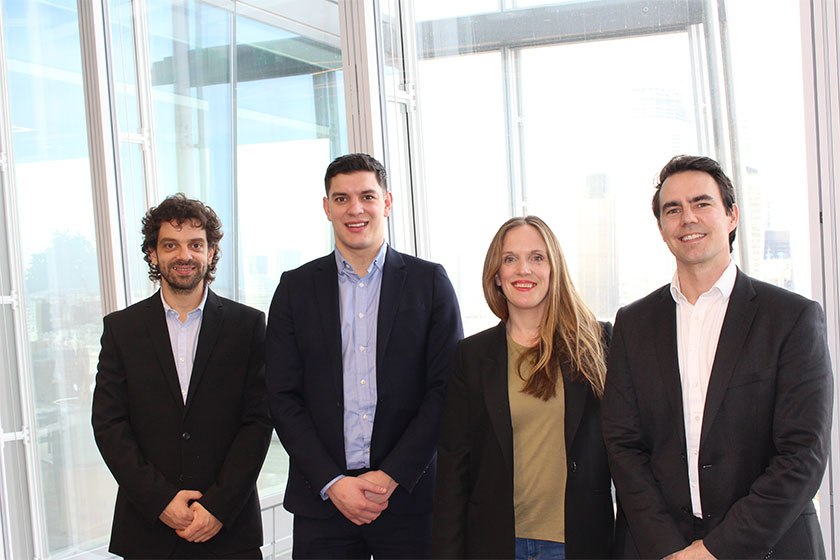 The investment from Foresight, using finance from the Midlands Engine Investment Fund, has been made alongside £224,000 from Enterprise Ireland, taking the total package to £473,000 and allowing the firm to relocate its head office to Milton Keynes. This is an important step for the business after successfully creating a technology platform to power direct ticketing and marketing data insights for film distributors.

Despite the significant expenditure associated with marketing films, distributors currently struggle to capture and measure the effectiveness of campaigns. Usheru's technology achieves this by linking sales at the box office to film marketing activity, enabling film distributors to measure return on investment for the first time.

The firm has moved its headquarters to be closer to its customer base and is to make up to five new hires over the next 12 months. Foresight’s investment will also allow the firm to improve its product offering - introducing new features to enhance customer conversion.

Commenting on the investment, Ollie Fegan, CEO of usheru, said: “We are delighted to move our expansion plans forward since receiving the investment from Foresight. Milton Keynes, with its burgeoning population of tech talent, is the ideal base from which to do this as we look to take greater leaps into new markets and expand usheru's product capabilities.”

Jordan Lavender, Investment Analyst at Foresight, said: “It has been a pleasure working with the usheru team and we are confident that its move to Milton Keynes will open further opportunities to attract more talent and tap into a bigger client base. usheru is a good example of MEIF funding supporting early stage SMEs and succeeding in making the Midlands a more attractive area for growing businesses.”

Grant Peggie, at the British Business Bank, added: “Since its launch, the Midlands Engine Investment Fund has established a strong track record of supporting growing technology businesses. Usheru’s decision to move into Milton Keynes demonstrates that MEIF is making an important contribution to the economic growth of the Midlands.”

Hilary Chipping, Chief Executive at South East Midlands Enterprise Partnership, said: “SEMLEP is very pleased to see continued MEIF finance coming through to support the smart, innovative and growing businesses we have in our area. Seeing investment like this in Usheru Ltd firmly backs Milton Keynes as the creative and digital technology hub that it is."