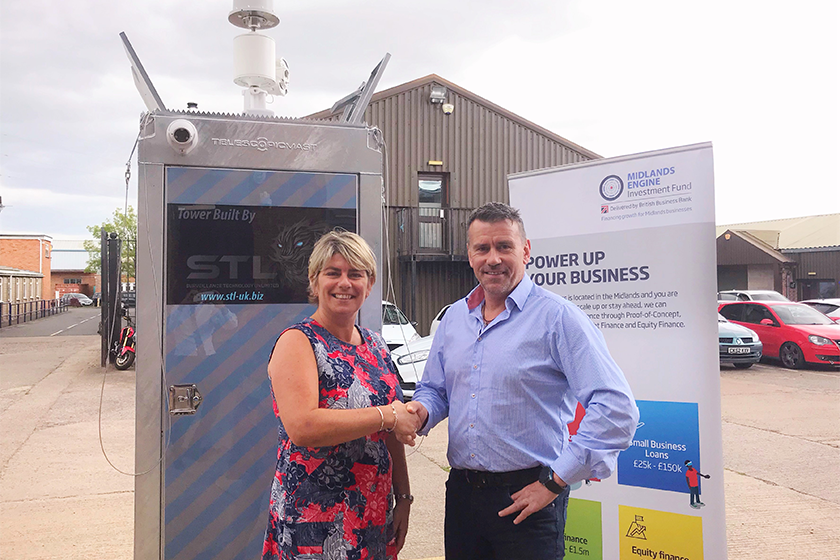 A Malvern based tech security firm has received £30,000 from the Midlands Engine Investment Fund (MEIF).

LT Security has developed a state-of-the-art surveillance system which uses radar, cameras and a mobile tower to track movements within a 400-metre radius. The firm is to use the finance to further invest in research and development and recruit two new staff.

Built at the company’s site in Malvern, the firm’s system ‘STL Leviathan’ has a number of applications including border protection and surveillance in difficult and dangerous areas.

“The STL Leviathan uses radar-driven pan and tilt cameras to track multiple objects. If it detects something, an alert is sent via 3G, 4G or 5G to a central station, where the necessary security personnel can be dispatched to deal with the security threat. Our aim was to make protecting vulnerable areas safer by using technology instead of putting lives at risk.

“Securing a loan of £30,000 enabled us to research and install solar technology on our tower which means it is a practical solution in remote areas and is completely environmentally sustainable – reducing carbon output by several hundreds of tonnes. It has also allowed us to employ young people and help them develop vital skills in electronics, engineering and business acumen. We have also been able to attend an exhibition that has generated a healthy sales pipeline of £1.7 million.”

“The Mobile Surveillance CCTV Tower is an exciting product that is going to save lives and protect the environment, so we were delighted to be able to offer the funding David needed to develop this product further. We believe that no viable business should go unsupported.

“LT Security has a very bright future ahead under the experienced leadership of David. As a lender of impact, we are really pleased to see that jobs have been created to develop skills for the next generation.”

“It’s good to see that with the support of BCRS and MEIF finance this firm is able to continue innovating; driving research and development and creating new skilled jobs in the region, addressing this need is key to why the MEIF was set up in the first place.”

“We’re delighted that LT Security have received investment from the Midlands Engine Investment Fund. LT Security is a fantastic example of how innovative businesses are able to draw on the support of MEIF, helping them to create new jobs and strengthen the company’s capacity for research and development.”

There are 10 Growth Hubs located across the #Midlands. As centres for business support, they can help firms access expert advice and finance. Find your nearest here: https://t.co/47oT5NP7xK https://t.co/7nMpdgbfK9
View on Twitter

The firm will also use the funding to continue developing its IT services software. 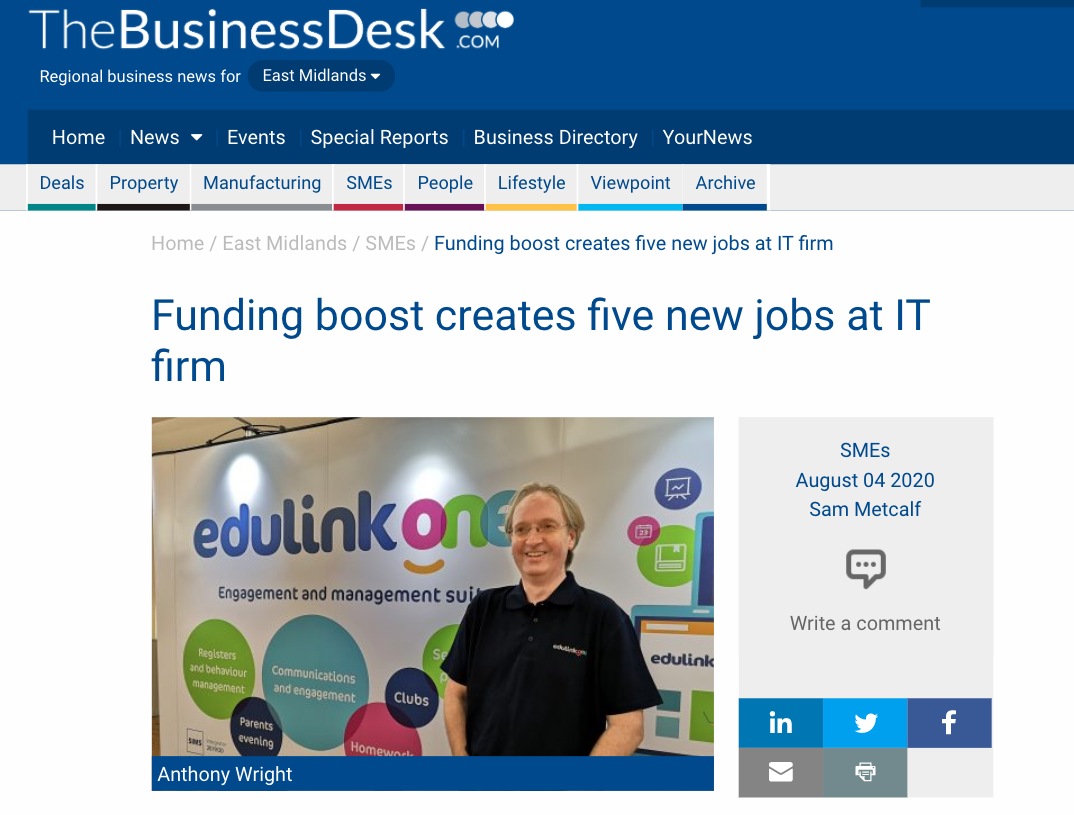 The #MEIF aims to transform the finance landscape for smaller businesses in the #Midlands. The fund offers four different finance types including debt and equity investment. 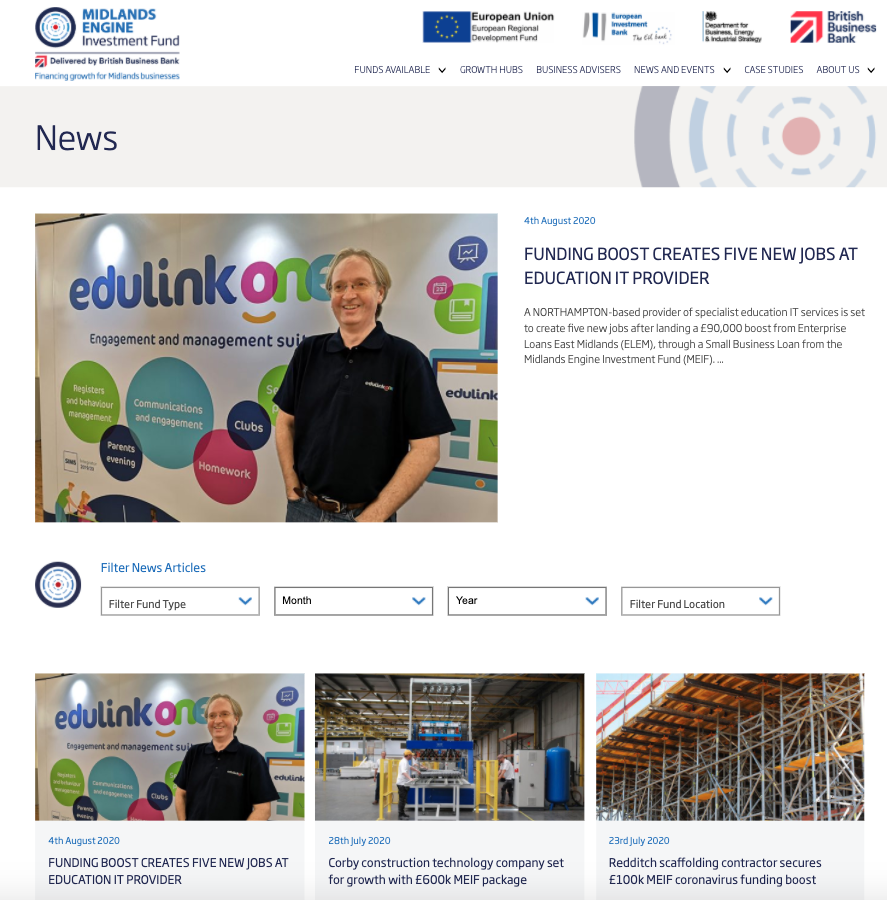 Green Life Buildings is increasing its manufacturing and distribution capacity after a £600k funding package from #MEIF and @Maven_Midlands. 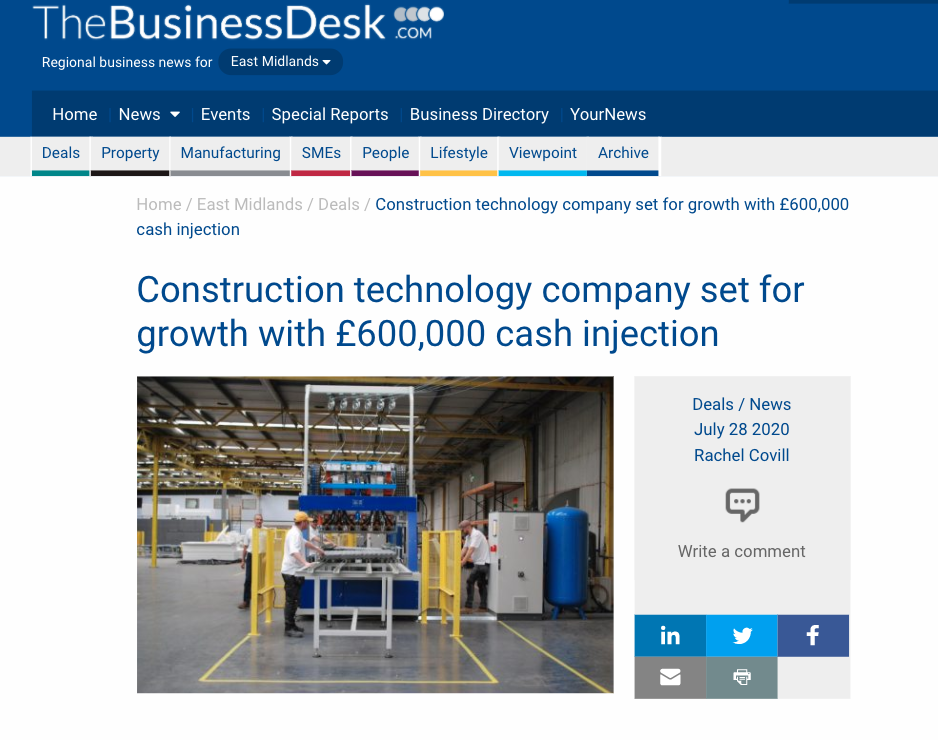